This study aims to test the effect of female executives on earnings management. The research was conducted at the manufacturing company listed on the Indonesia Stock Exchange in the 2015-2017 period. The purposive sampling was used 75 companies as data sample. Multiple linear regression test is used to see the effect of the independent variable on the dependent variable. The result of the analysis shows that the Female Chief Executive Officer (CEO), Female Chief Financial Officer (CFO) and Female Board of Commissioner does not influence earnings management. Whereas, the growth variable affects earnings management

For the Article Templates, Click on the Icon Below : 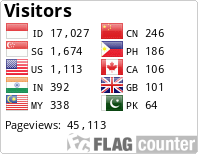